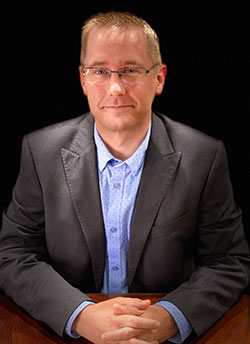 As an accomplished civil litigator, Andrew’s focus is on both construction law and bankruptcy and insolvency law. He also handles for his client’s general civil litigation matters.

From a general litigation standpoint, Andrew has experience with property disputes, contractual disputes, and employment matters.

Andrew completed his undergraduate degree at Carleton University, where he graduated with highest honours in 2003. He then obtained his LL.B. from the University of Ottawa in June 2008 being voted Class Representative of the English Common Law Class of 2008 by his peers.

Andrew joined MBC’s predecessor firm as a summer student in 2007 and articled in 2008-2009. He was an associate with the firm after being called to the Ontario Bar in 2009, becoming a partner in 2016.

Since 2016, Andrew has been a Trustee of the County of Carleton Law Association. Formed in Ottawa in 1888, the CCLA is the second-largest law association in Ontario. Besides his volunteer work with the CCLA, Andrew’s recognized legal expertise means that he is frequently giving lectures or making guest appearances on industry-related media programs.

We invite you to visit Andrew’s LinkedIn profile: https://www.linkedin.com/in/andrew-ferguson-0b573246/

LAWYERS IN ASSOCIATION WITH MBC